NIGERIAN JUSTICES: MOVING WITH THE TIMES 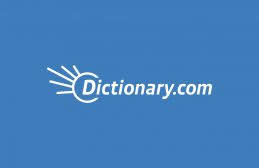 In the case of Mrs Betty Darego v. A.G. Leventis (Nigeria) Ltd & 3 Ors, LER[2015] CA/L/481/2011, the Court of Appeal PER Y.B. NIMPAR, J.C.A held on the meaning of the word "PREPONDERATE" thus:
“Preponderate according to www.dictionary.com is a verb and its, original meaning is “to weigh more than” and its source is the latin word ‘praeponderare’ meaning “out weight”, “to exceed in force or power”. Preponderance would therefore mean greater weight, a sense of greater importance.”

Comments
In the above quote, it can be seen that the court used a dictionary available on the web: dictionary.com, to define the word "preponderate." It is good to note that our Lordships are utilizing the Internet to research and cite same as sources of information in their judgments. This is a welcome development and it's hereby suggested that such practice should be emulated and maintained.

Before now many a lawyer thought that judges, especially justices of  the Court of Appeal and Supreme Court were old men and women who were Luddites (one who is opposed to especially technological change) or technophobes (a person who fears, dislikes, or avoids new technology) but it appears the justices are now taking steps to change that perception and that is commendable.


This is hoping that lawyers too will take up the cue by His Lordship Nimpar J.C.A by carrying out research using the web and also citing web references or hyperlinks in their written briefs. I read some briefs filed by lawyers in the US and judgments from there as well and I see hyperlinks cited in support of arguments and submissions.

Difficulties
Citing web references in legal documents has its down side because of link rot. Link rot is created when a Web page is moved, taken down or reorganized. Clicking on a rotten link usually results in a 404 error, which includes a message that the page cannot be found. According to Tom Venetis:
"Link rot commonly refers to a situation in which a hyperlink that links to a document or an online site no longer leads to the site or content. Another related problem is reference rot where the hyperlink continues to work, but the content of the site the link refers to has changed, but does not tell a person where that site or document is now located. The problem in the same in both cases. Information that one is looking for is now not easily found, or cannot be found at all."

A study titled “Something Rotten in the State of Legal Citation: The Life Span of a United States Supreme Court Citation Containing an Internet Link (1996-2010)", published in the Yale Journal of Law and Technology in 2013, found that nearly one-third of the websites cited by the U.S. Supreme Court were non-functioning, many of which linked to government or education domains.

Solutions
In the US, Michigan's Supreme Court archives all its cited links through Perma.cc, a crowd sourced link preservation site launched by the Harvard Library Innovation Lab. While anyone can put links on the Perma.cc server, they have to be renewed every two years in order to not expire. But links posted by universities, courts and journal editors stay permanently in the database.

There is also Webcite (http://www.webcitation.org/) which according to Wikipedia is:
"an on-demand archiving service, designed to digitally preserve scientific and educationally important material on the web by making snapshots of Internet contents as they existed at the time when a blogger, or a scholar or a Wikipedia editor cited or quoted from it. The preservation service enables verifiability of claims supported by the cited sources even when the original web pages are being revised, removed, or disappear for other reasons, an effect known as link rot."

WebCite is a non-profit consortium supported by publishers and editors, and it can be used by individuals without charge.

The Defence specifically, the 2nd Defendant (UBA Plc.), closed their case today in the very important test case of KUME BRIDGET ASHIEMAR v GT BANK PLC. &UBA PLC. (SUIT No. MHC/198/14). The case involves a claim of failed ATM transaction as alleged by the plaintiff  and it is probably the first Nigerian case to seek to address the failure of ATM to dispense cash as other ATM cases had dealt with unauthorized ATM withdrawals.

The Plaintiff sometimes in October, 2013 attempted severally to withdraw money from the ATM of 2nd Defendant but according to the plaintiff the ATM failed to dispense cash nevertheless her account was debited. According to the defendants the withdrawal attempts were successful. Plaintiff disagreed and sued the Defendants.

The Plaintiff opened her case, testified and was cross-examined, while the 1st Defendant opened their case on Thursday, 22nd June, 2017 calling their sole witness who testified and was cross-examined. The case was then adjourned to 20th July, 2017 for 2nd defendant to call their own witness to testify. On 20th July, 2017 the court did not sit. The case then suffered several adjournments between 20th July, 2017 and 9th November, 2017 owing the court going on its annual vacation and strike action by the Benue State civil servants.

However, today, 9th November, 2017, the 2nd Defendant proceeded to call her sole witness who testified and was cross-examined, after which the case for the Defence was closed. The case has now been adjourned to 21st December, 2017 for adoption of final written address. After the adoption of final written address the case would be slated for judgment. Whatever the court decides will go a long way in developing Nigerian law with regards to failed ATM transactions.
Posted by Timothy Tion at 14:10 No comments: